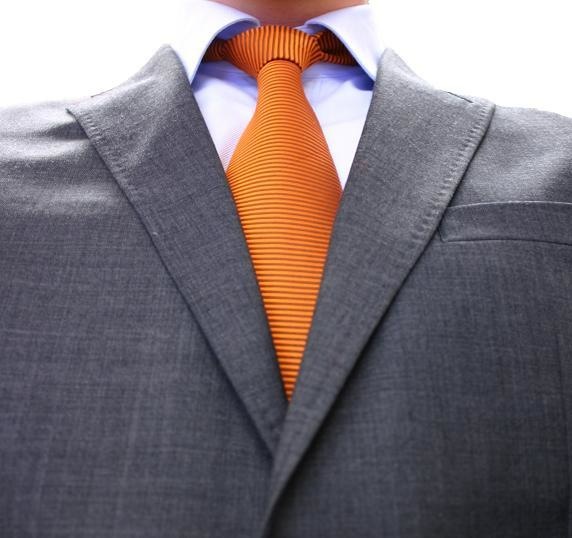 Let’s face it, many guys out there have to wear a suit to work every day. Whether you’re a lawyer, accountant, executive a suit is a mandatory outfit. By the nature of the suit is conservative piece of clothing, and the only way to show your personality is through your tie. But, many guys forget you can continue that with your underwear. Granted no one will see it but it can give you a peep in your step with the right pair.

I have talked to a few guys that wear suits; Most of them wear regular underwear, boxers, white briefs and Hanes boxer briefs. I asked them if they ever thought about wearing something different and most never really gave it any thought. When I worked at a bank, I used to always match my tie and undies. I know sounds strange but it was fun for me to do it. No one ever saw it, well, except for a select few. And, I don’t think many of them noticed to be honest.

My undies collection grew and so did what I wore under my suit. I think one of the sexiest things to wear under a suit is a jock strap. Its something that you would never expect. It is something to be worn for a physical activity, not sitting at a desk. With the recent development of fashion jocks, this makes it easier to wear under a suit. The traditional jock has a waist band that is three inches thick and could ride up, and if you had to take off your jacket, it may be seen by others and raise some questions. Fashion jocks on the other hand have smaller waistbands and more ergonomically designed pouch. It gives the suit wearer something else to wear rather then traditional tighy whities.

Another thing to consider wearing under your suit is a thong. I know many guys have an aversion to thongs. We have written about them a few times, and we’re either preaching to the choir or you’re running for the hills now saying “Keep that butt floss away from me.” But it’s a pair that has some practical reasons to wear. First, it doesn’t cause any brief lines. Many guys don’t want to show any lines under their pants. Myself, I like to try to figure out what a guy is wearing so a thong would make it harder to figure out. Second, for me, it just makes me feel sexy all day. No one knows that I have a thong on and just makes me smile. Lastly is that it gives you great support through out the day. One of my favorite thongs to wear is the 2(x)ist Y-Back thong. It really gives you the support of a jock, but the look of a thong.

I asked the guys on the site and some people on Twitter what they wear and here is what they said:

We want to thank the guys for answering us on Twitter. However, we think Timoteo would wear their undies under a suit! Follow us on Twitter and you maybe in a posting soon!

These are just a few of what we are wearing under our suits. You can wear what ever you want, but we hope you will branch out and wear some new and fun things. How about you guys? What do you wear under your suit? Its it wild? Tame? Let us know!