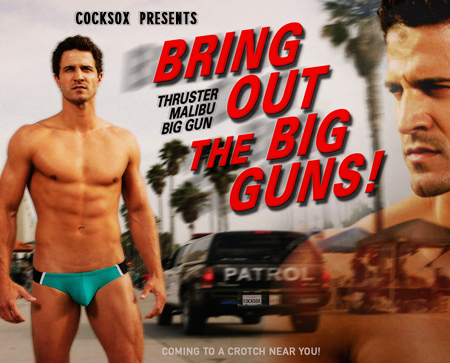 Cocksox has some great new swimwear they have just released and here is what they have to say:

We’ve had drawstring swim briefs for a long time but not like these babies. These NEW Cocksox® swim briefs are razor sharp with a sexy figure hugging cut, awesome glute defining back seam, white slash detail and with an internal draw string so what goes on, stays on.

Go straight to the Cocksox® store page NOW http://www.cocksox.com/index22.html to check out these hot new swimmers and the equally hot Anderson Davies modelling them in our L.A. shoot.

New Cocksox Mod Collection is out