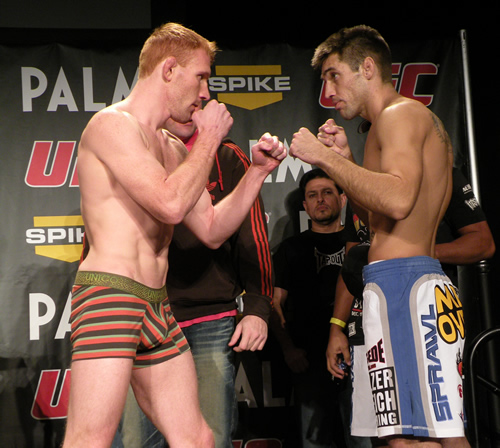 Mark Bocek is one of Canada’s first Brazilian Jiu Jitsu Black Belts and has been studying the art for more than a decade. He first studied under Rickson and Renzo Gracie and then moved on to Nova Uniao where he received his Black Belt through Joao Roque.

Mark is a fierce competitor and remains one of the most respected grapplers in the world. He has victories over Shawn Williams, Kurt Pellegrino, Jordan Damon, Mike Fowler, Ryan Hall, Brian McLaughlin and Wesley “Cabbage” Correira. Mark is also 8-2-0 in Professional Mixed Martial Arts competition.

We hope you check out his site and also the Unico site!