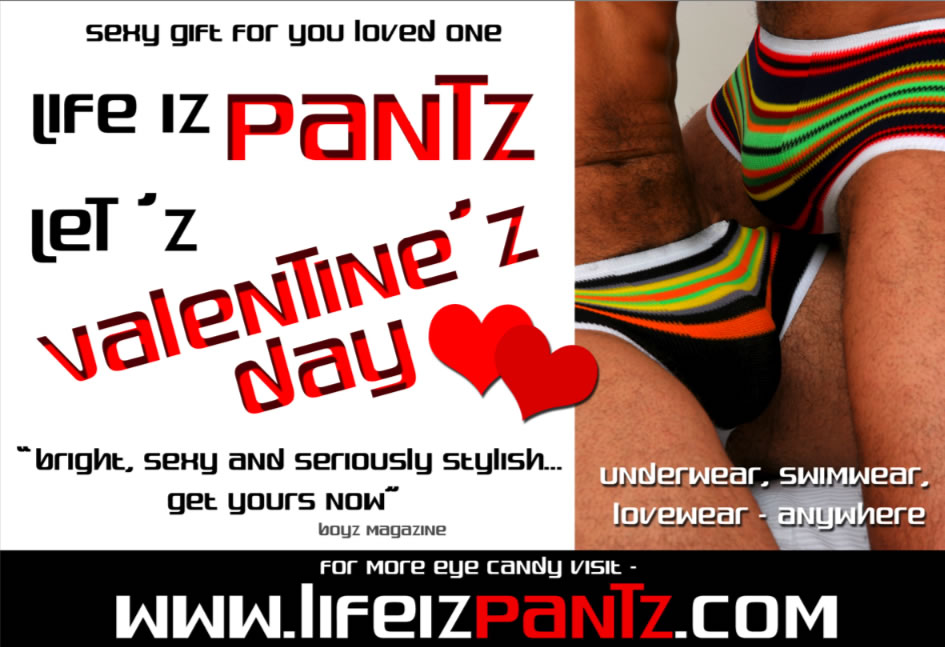 The one thing that has really stood out with these is they are a knit pair of underwear. They have a really interesting look that I haven’t seen in underwear. The look reminds me of an Athletic sock, with all the stripes.  I think that adds to the cool factor for me. Its great to see something really different in men’s underwear. I know there are some of you out there that won’t like it but I say give it at try. The one thing this blog has taught me is to branch out and try new things.

The stripes the company says are there to accent some of your better features. That could be in the front, the back or both! It’s just a fun pair I think. The pairs come in a few different color combinations as well, so you can pick your favorite color.

We just wanted to introduce you to the brand right now; we are planning an interview and will be reviewing a pair of their underwear! We are trying to being you some new and interesting things in the world of men’s undies! More to come!