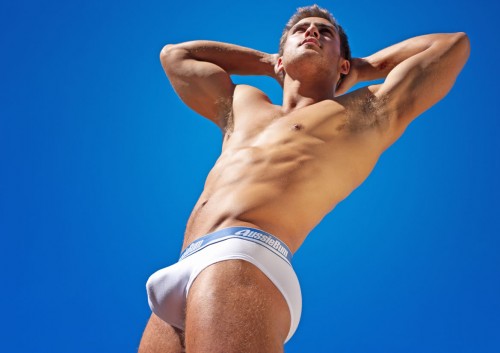 Launched in November 2006, the WONDERJOCK caused an international online consumer frenzy. Men from around the world ordered the now famous underwear that delivered a promise to give them a package that made them proud! No Rings, No Strings, No Padding! Now sold in the world’s best department store Selfridges and from November the world’s most famous department store Harrods.

Since its launch, half a million pairs have sold around the world. The flattering attempts of competitors to copy the idea have done nothing but fuel the demand for the original garment. The WONDERJOCK is still one of the highest selling men’s underwear styles across the dynamic and vast aussieBum range.

NOW COMES THE BIGGEST UPGRADE SINCE THE ORIGINAL; THE AUSSIEBUM WJ PRO. 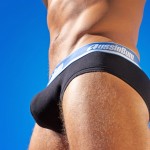 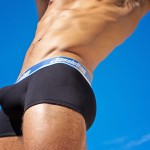 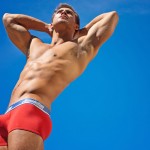 aussieBum founder Sean Ashby comments, “The aussieBum WONDERJOCK technology revolutionised the way men perceive themselves in underwear. For the first time ever, we gave men the opportunity to live confidently knowing that at all times, they were putting their best asset forward – their sense of self confidence. At aussieBum, we take pride in the fact that we listen to our customers feedback and special requests. Just as the aussieBum WONDERJOCK came about as a result of customer feedback, so too does the new upgrade model the aussieBum WJ Pro. Technological advances in fabric development and structure means that the aussieBum WJ Pro is made from the most luxurious cotton available. The underwear is even more comfortable and combined with the advanced technology offers even more support. We simply deliver what the confident men of the world want – aussieBum WJ Pro”.

The aussieBum WJ Pro comes in a range of colours and styles including brief, trunk and for the first time ever the jockstrap! Pre-release sales demand for the new aussieBum WJ Pro range forecasts the official release date of 26th October 2010 to be even bigger than the original release.