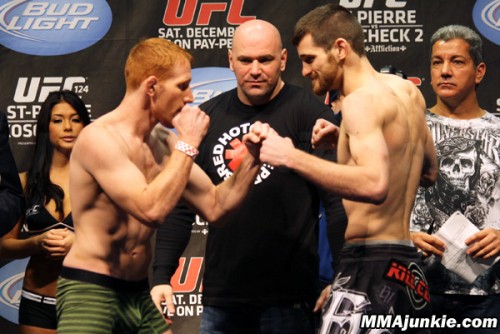 Mundo Unico is sponsoring Mark Bocek. Mark is currently an UFC Fighter. Mark Bocek’s (UFC fighters) favorite brand of undies is Unico. Here you can see him sporting the Reto short boxers for the weight in prior to the fight on December 11th, 2010. The fight was a victory for Mark who won on the first round. It looks like Mundo Unico are his lucky undies