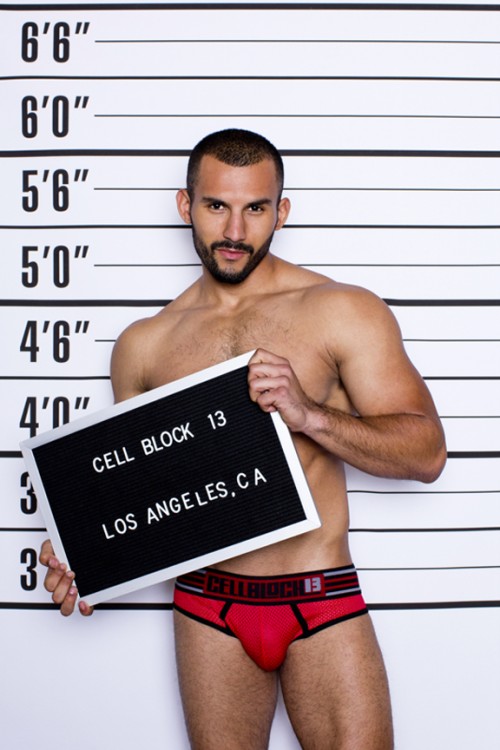 Timoteo, the Los Angeles based men’s designer that caters to the stylish and active man who seeks the ultimate in comfort and design, introduces its first collection to merge fashion with fetish, CellBlock 13. Made from spandex athletic mesh and nylon spandex fabrics, in sinisterly dark shades of navy, black and red – with a custom designed waistband boldly emphasizing the rawness of the brief – CellBlock 13 goes beyond the bedroom, ushering men into the adult playroom and beyond. CellBlock 13, by Timoteo, is available at select retailers and online now.

“We have long received requests to create and design a line for the fetish community,” said Timoteo Ocampo, Creative Director and Co-Owner of Timoteo, of the new line in Los Angeles.  “There was a void in the market for designs that fit properly and were created using the latest fabrications,” said Ocampo, “we are so thrilled to be launching a very specific brand for a very specific customer.”  Before launching his own label, Ocampo worked as a designer; first for XOXO and later at Baby Phat, where he helped launch the brand with Russell Simmons and Kimora Lee. He names Yves Saint Laurent as one of his greatest influences.

“CellBlock 13 is for the guy who isn’t afraid to show off how he looks and feels, or what he’s into. The line fills a void in the fetish market and extends beyond into other communities.  CellBlock 13 has an attitude skaters will wear and it’s tough enough for ultimate fighters.  Basically, the gear is for anyone with an edge,” says Ocampo. 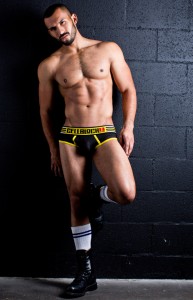 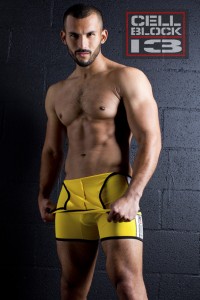 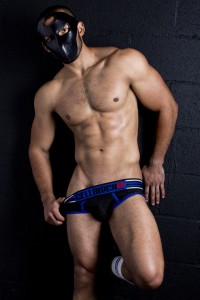 The collection consists of a full range of underwear, jockstraps, graphic tee shirts, compression shorts and wrestling singlets and introduces a new twist on how one wears compression fabrics.

“The line is officially launched as CellBlock 13, a Timoteo Brand,” says Joel Johnston, CEO and Co-Owner of Timoteo. “This is the first of more future offerings that are targeted to specific customer segments from the Timoteo brand umbrella,” continued Johnston, “as creative director and head designer Timoteo as distinguished himself as a true American designer and his construction and fabrication are second top quality.”

Along with CellBlock 13, Timoteo is unveiling four new underwear lines for spring 2012 including Timoteo Sport 2.0 and Classic Luxury Mesh.

Timoteo launched ten years ago as a small storefront in West Hollywood, CA that manufactured select fashion pieces for men.  It has since evolved into a fun and hip brand that produces a full line of product across multiple categories including denim, sports tees, tank tops, underwear, swim and athletic wear.

“This season’s collection is about adding fashion to fitness wear with high quality fabrics that breath, colors that are of the moment, and fits that accentuate a well-toned body,” says Ocampo. 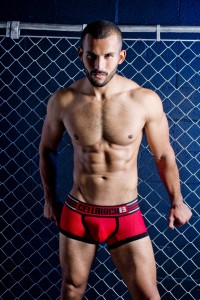 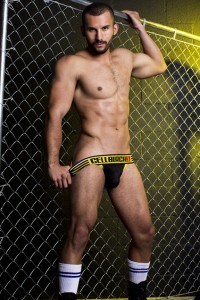 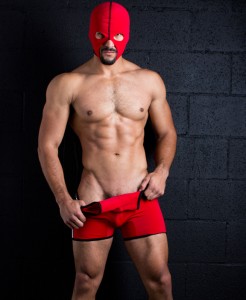 Staying connected through social media is a huge priority for the brand.  “Our customers are as active on Facebook, Twitter, Tumblr, Instagram and other social networking sites as they are in the gym.  We have to maintain a strong presence online,” says Johnston.

Ocampo says the feedback towards CellBlock 13 he has received so far via social media has him very excited.   Ocampo said, “The overwhelmingly positive response to images we released through social media tells me we are doing this the way right way and people are loving it.”

“My job is to provide guys with gear that looks and feels good,” he says.  “Clothes that enable them to play hard in this game we call life.”