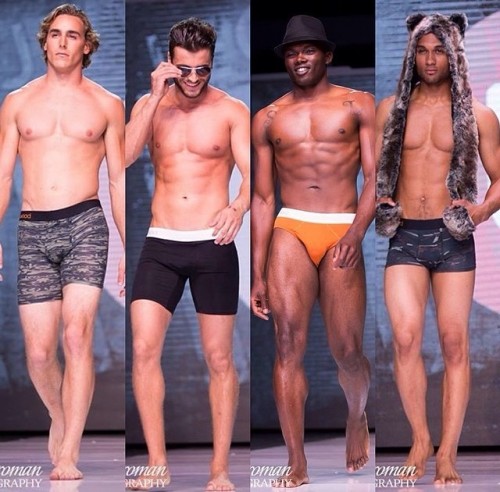 Wood Underwear just let us know they showed in LA Fashion week. They are fast becoming a brand to watch! The reason I say this is they have a laid back California vibe. I have talked to the owner Terresa a few times over the last years and she takes it seriously but still has fun with the line.

The new line coming is the Camo line as you see. It is a print they created for their exclusive use. When the line is released, I’ll tell you more about it. But, men’s lines need to show more in fashion weeks across the world! Men’s underwear is becoming more and more of a fashion statement. Long gone are the days of black, white and grey. More guys are paying attention to their undies!

Want to find out more about the show, here is the press release they sent:

Wood Underwear®, LLC, joined Project ETHOS, presented by Scion, during LA Fashion Week, and hit the runway with its fall/winter custom camo line at the Avalon Hollywood. Wood introduced three custom camo prints for the Fall/Winter2014
season. The line will come out in a tencel/cotton/elastane blend fabric, which adds another ‘wood’ to Wood.

Wood Underwear featured its Wood Orange, Navy, Forest Green and Royal Purple in a variety of styles from its Hermosa Beach Collection (available now) as well as several styles and all 3 of its custom camo prints from its Fall/Winter 2014 line (available August 1).

Wood FW18 inspired by love of coffee and chocolate