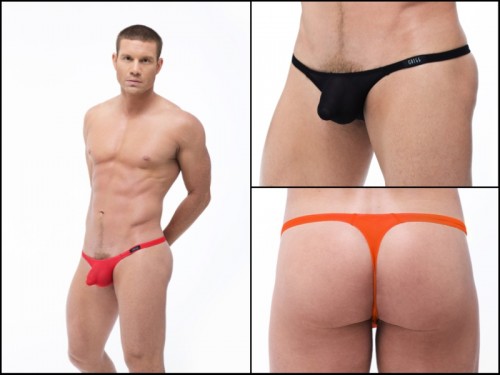 We want to know if you are a fan of mens thongs? I have talked to all kinds of guys, gay/straight/bi and we have a population of guys who love it and those who hate them. It’s not just one type of guy. I have talked to many straight guys who love them. In fact our very own Brandon says every guy should try a thong! Whereas, we have gay guys who would never be caught dead in them! The picture features Gregg Homme Torrid thong. It’s been one of their best sellers!

So Vote below and tell us what you think of mens thongs!