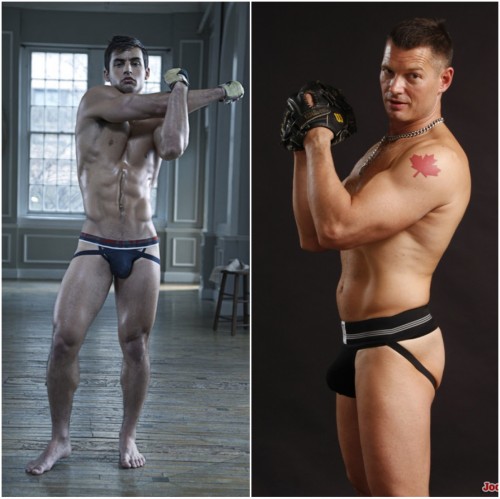 Jockstraps have been going through a renaissance as of late. Back in 2010 I proclaimed it the year of the jock. Before this most jocks were relegated to the locker room or fetish situations. There were basically two kinds of jocks. The traditional 3-inch waistband or the Swimmer with the 1 inch waistband. The perfect example of this is the Bike #10 Jock. It pretty much came in white. In the 90’s they branched out in to a few colors but the styles stayed the same.

We flash forward to 2010 and everyone started to make them in all sorts of fabrics and colors. In 2014 you can find a jock in any color of the rainbow and in just about any fabric. The design is changing as well. Many companies have taken the jock and made it their own. The perfect example of it is the C-IN2 Grip jock. Not only did they play with the design but they also made it in newer material that makes it perfect for working out or being active.

Each year more and more companies take the jock and put a new spin on it. I didn’t think in 2010 that the trend would last longer than a year or so. I was dead wrong on that. Second, the original jock had been around for decades with out real innovation. Would companies really design new jocks and experiment with fabrics? I really wasn’t sure, but they did and created a really great new category.

Some recent developments in the jock world are:

There are too many more to mention. Just about every company has their jock. So no matter what your love you can find a jock in that color or fabric! So which kind of jock lover are you? Are you an old school guy? Or Do you love the new? Or a mix of both? Let us know!