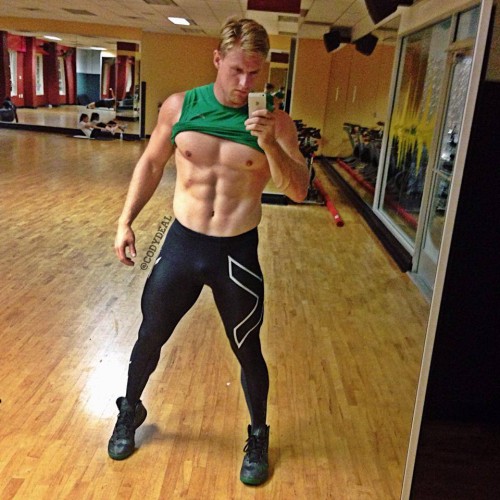 I found Cody Deal on Tumblr. I wasn’t sure who he was but a guy posting incredible selfies in underwear and gear. A few readers told me he’s an actor and has appeared in some Syfy movies. Well, I think it’s super cool an actor loves underwear and gear, this is the first time I remember seeing anything like it! Make sure you follow him on Facebook, Twitter and Instagram!