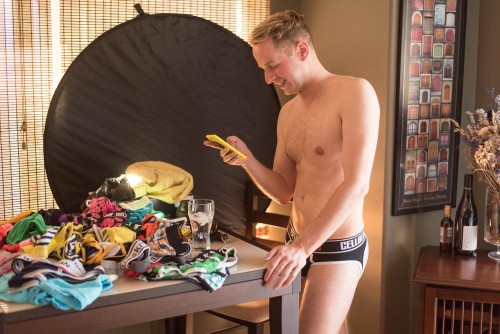 It starts a bit awkward. It feels a bit weird. It is definitely a new situation.  And then you laugh.

That’s how it was in the first 15 minutes of a photoshoot put on by Handsome Pictures (Instagram: handsome.pictures
). I had known the photographer for years and for as long as I’ve known him, he’s known my underwear obsession. So he approached me a little while ago about doing a shoot, “of all of your underwear”. Well, all of it was going to be out of the question but of a small portion, SURE!

Now for everyone who has ever looked at your own body in the mirror. You know that there are times that you feel really good about it and times that, well, you don’t. If you had asked me early this year I would have told you I felt GREAT. We’re talking, swim thong in the hot tub in Whistler for Gay Ski Days great. But by the time that the shoot came around in May…not so much. 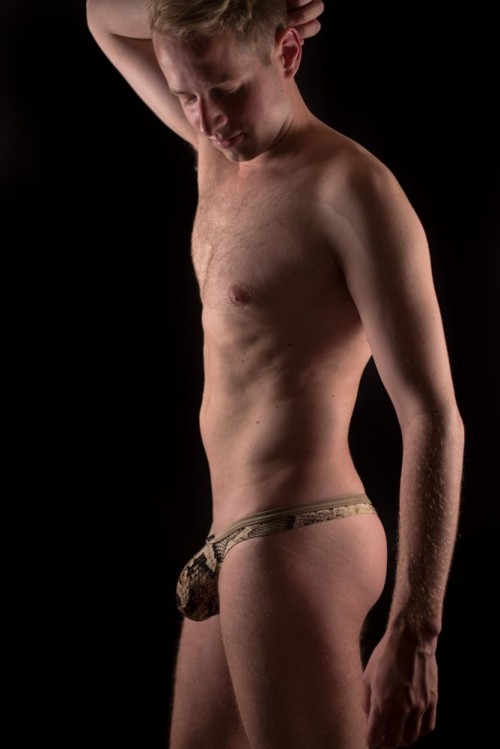 Still, the shoot was scheduled and I really did want to have a good time. I stuffed a bag full, FULL, of different underwear. I did diverse brands, different cuts, colors, materials, all of it. I could barely zip the bag closed and I was off! That bag contained some of my most favorite pairs; blue and orange assless briefs from Timoteo, a deep red jockstrap from Obviously, hot pink briefs from Garcon Model, my N2N Y-thong sailor striped briefs from CoxSocks and much more.

We got all set up for the first of three locations and I went to get changed. I nervously walked out of the bathroom.  Realizing what would follow would be a saga of sucking in, angling, and trying to smile. For the first few clicks of the camera I was stiff and both the photographer and I knew it. And then, he made me laugh. I can’t remember the line or joke but I just laughed out loud and *click* there was the first, good photo. 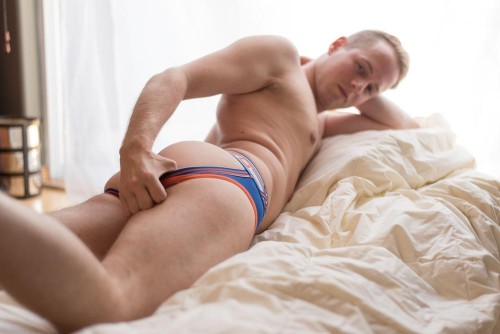 In that moment I recalled that feeling uncomfortable is in direct contrast to the cornerstone of loving undies. And then, the photo shoot was on. I arched, smirked, twisted, and had a great time.

We went out into the woods and did another section, my favorite section. Being in inspiring underwear surrounded by nature is the most natural feelings there is. By the time he said we should go to the more “product shots” I didn’t want to go in but reluctantly followed.

The shoot finished with a black backdrop for shots of just the underwear. The finished product would look like a shots you’d see on a seller’s page. The lights were hot, the camera was close and it was still fun. 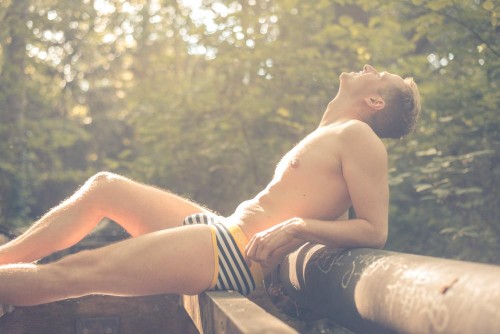 Want to know the worst part of the entire thing? Waiting for the finished products. Yet, when they came, I couldn’t believe it. So many of the photos caught the essence of how underwear should make you feel. I looked elated in them. I looked comfortable in them. I looked sexy in them. And for having felt so…not great… about my body at the time. I smile every time I look at those photos and am so grateful for Handsome Pictures for capturing it all, one click at a time.