Hey,  you patriotic kinksters out there. Let’s be real, America is a little nutso right now. I’m super not gonna get political on here, but America is divided…I’ll leave it at that. However, no matter who you support, or who you understand matter…etc. Every two years, America all gathers up around the TV to support Team USA at the Olympics. I actually stumbled upon my item for this post while doing my research for last week’s post. It is just too fun. It is another piece by the honorable Slick It Up company in NYC.

I am talking about their American Flag Sling!

Ok, so here’s what you’re getting: a thong, a really low cut singlet, an American flag.

As a bonus, if you just show your back, you can play a really sexy game of “Where’s Waldo?” 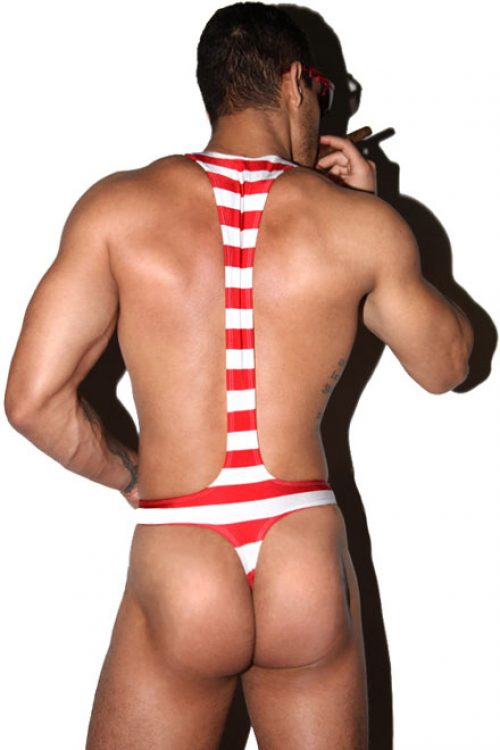 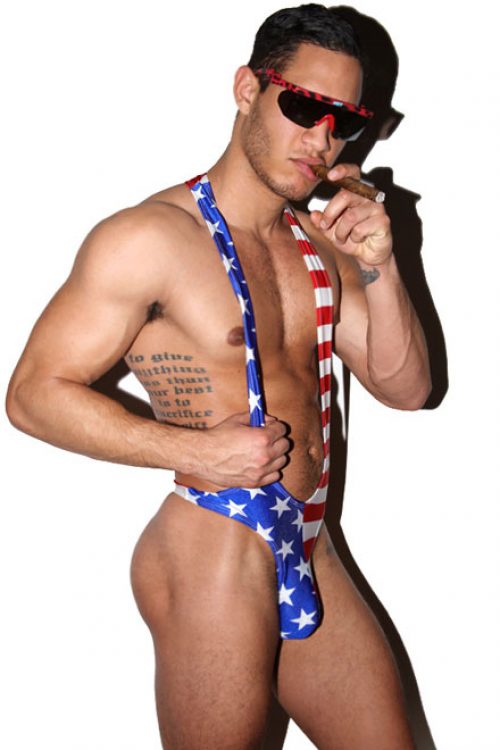 Now, while you could wear this while watching the Olympics on tv, I think the fun should not begin there. Maybe gather an Olympic themed dance party with all your sexy friends. Or a sexy gear only patriotic barbeque.

Just in case  you have a sunburn on your shoulders or something, Slick It Up also makes an American Flag Thong.

So there ya have it, T’s Official Suggestion for the US Olympic Fan’s Sexy Outfit (O.S.U.S.O.F.S.O). Have fun watching the Olympics. I”ll be away at summer camp for the next two weeks, so I won’t get to watch it live. I have a gymnast friend who will record everything so I can watch when I get back. Until then, keep it kinky!