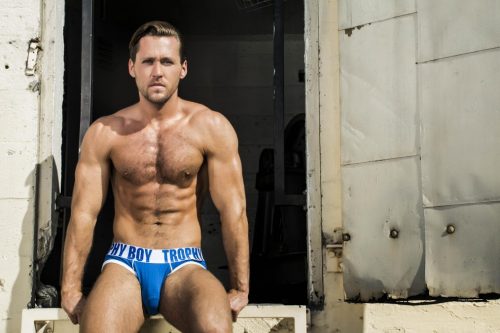 It’s no secret that Andrew Christian has a reputation for being a brand geared towards gay men. Just open their site and you’re bombarded with pictures of chiseled models wearing skimpy underwear that showcases their prominent bulges. For the average straight guy, this makes it difficult to shop on the site, and wearing their underwear carries the same issues. I don’t fault anyone for that because as I’m writing this article, their website homepage has a photo of a guy in a cage wearing only a jockstrap being fondled by other similarly clad men. Irrespective of their marketing, Andrew Christian makes some of the most innovative, comfortable, and stylish underwear on the market today that anyone, gay or straight, would like if they gave it a chance.

A few years ago, there was a video on YouTube called “Straight Guys React to Andrew Christian Underwear.” There were the predictable confusion and giggles regarding some of the more exotic pairs, but interestingly some said they would wear it if their girlfriend wanted them to. Another comment that stuck out to me was a frat guy who said he could see some of his brothers wearing a pair like this because it would show they’re confident in their masculinity and that they’re an alpha. Indeed, their line of Trophy Boy underwear would reflect just that.

When I first tried a pair, it was a completely positive experience. It was a blue Almost Naked brief, about as conservative as they come with this brand. The design and cut made me feel bigger down there and my package was no longer squeezed or pressed against my body. I had never worn underwear as comfortable and undeniably sexy as that pair. At that point, I could have continued with the attitude that Andrew Christian is a gay brand and so I shouldn’t be wearing it, or I could have been rational and realized that their products are amazing. I decided to go with the latter and haven’t looked back since. If I had gone with the former, I would have just been contributing to homophobia and not allowing myself to be comfortable. My girlfriend also likes the brand, so has regularly picked out pairs she likes for me to wear. If you want to take the first step, you can buy Andrew Christian on Amazon in order to avoid going on their website if it makes you uncomfortable.