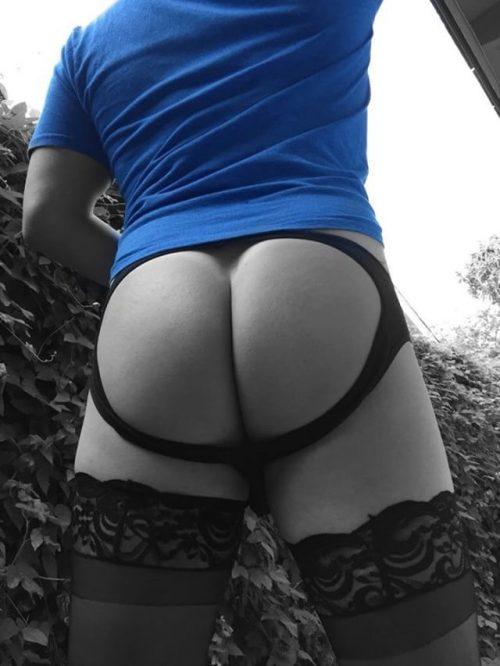 Growing up I’ve always had a passion for cute and fun underwear. It wasn’t until I was about 17 that I realized there were much more options aside from Hanes briefs and boxers. The excitement I felt when I purchased my first pack of thongs is a feeling I will never forget. It was a brand Target used to carry called BVD. They were very comfortable and the fit was amazing. From that moment on I was hooked on wearing thongs and other sexy underwear.

Moving forward a few years I began to notice the cute patterns and fabrics that women’s underwear were made of. I wondered why I could never find men’s underwear in mesh or lace unless I went to an adult store and even then the choices were unflattering at best. It wasn’t until I met my fiance who also shared a love for underwear almost as much as I did. We would always talk about cute underwear and how women’s underwear and lingerie were always so much sexier than what was out available for men. On my birthday he surprised me with my first pair of panties and they were so sexy that I tried them on instantly. I not only felt so cute but also very sexy in a taboo sort of way. A feeling much different than I would get when I would wear men’s underwear.
For years I have always mixed masculine underwear with feminine lingerie and panties in the privacy of our home. It wasn’t until recently with the support of my fiance that I wanted to share this love of mixing the two with the rest of the world by creating my Instagram account. I was very nervous about putting myself out there like that as I didn’t know the reactions I would get. I was terrified that the feedback would be so negative it would make me want to rethink my love of underwear and lingerie.
I checked my phone constantly to see what reactions I would get and to my surprise the feedback was positive and people loved it.
To be able to mix fabrics such as lace, mesh, lingerie with everyday clothes makes me not only feel better about myself but it empowers me to want to continue to do what I love and be able to share that with others as others have shared that with me. I try to be unique by mixing my everyday geekiness into my photos to give a little insight into my everyday life. To put it plainly, I am just your average Joe. I love video games, movies, comics, working out, and above all else underwear. Whether it be men’s thongs, jocks or women’s panties, and lingerie.
I personally don’t believe that underwear should be confined to either sex but rather be embraced and accepted by both men and women. I personally love seeing other men in panties, lingerie, thongs, and jockstraps. I merely appreciate the male body in all its beauty but something about seeing a body in some sexy underwear just adds that much more to the beauty of it all.
I hope that anyone who follows my Instagram who is curious about trying something new and different should not feel ashamed or embarrassed but rather feel powerful and sexy. If we are confined to societies gender constraints about what masculine and feminine should be rather than what we can make of it than we are not living up to our full potential.
If I can inspire just one person to be able to embrace both their masculinity and femininity than I feel I have done my part.
Sincerely
Undiesgeek85