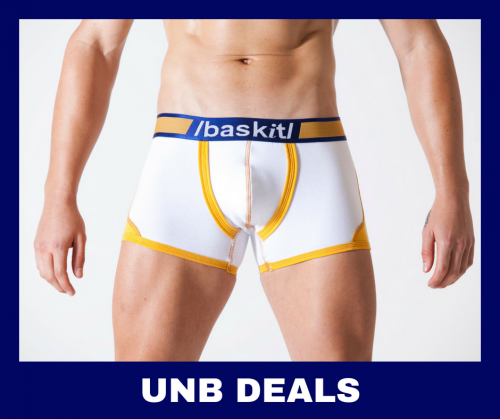 It’s been a long time coming. Since I first started the blog, one of the most asked questions has been: “When are you starting your own store/brand?” I can’t tell you how many times I was asked that question. After talking for several years and being approached to do this current iteration, it’s been 2 years in the making. The last six months I have been busy getting things in order. Now I have to keep up with new deals!

The new site is called UNB Deals! It’s not super catchy but it’s all about deals! 4 years of reader surveys results show me there is a need for this site. The UNB Deals site will focus on closeout undies. I plan to expand into swimwear, spandex and more gear. New deals will be on Saturday to start. As we grow we will offer them more days!

The first deal of the week is from Baskit! We have several pairs for you! Including some great shirts. Check them out. Next week we have something from down under for you! Join our email list to be notified as well!