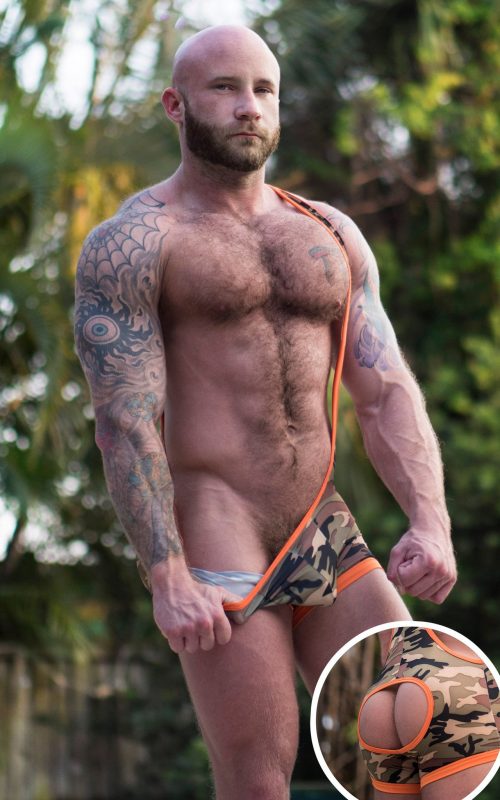 I love singlets and wanted to try something new. I decided to step outside my comfort zone and get the Combat Singlet that is in Army camo and is assless. I’m not one for cut outs in singlet but I wanted a camo singlet. So, I figured why not try it!

Being 6’4” I have had issues with gear fitting. So it’s often that I get a piece of gear and it’s way too tight or doesn’t fit one way or another. When I got the singlet from Gruff Pup, I was hopeful since a lot of the guys were beefier, that this wouldn’t be an issue.

I put on the Combat Singlet and immediately knew that the singlet wasn’t made for the tall guys. The straps were super tight around my shoulders and I hoped that it would work itself out. However, the fabric was less spandex than I thought. The next issue is it was super tight in the thighs, I don’t have I think huge legs but it was really tight.

I was disappointed that I couldn’t fit. If you’re average height and a little beefy I don’t think you will have issues with the singlet. If you’re like me and taller and beefier, then you may not get this one. I think this pair is super hot with the camo and orange trim.

This isn’t a slam at Gruff Pup and their gear. It’s not easy to make gear for all guys of all sizes. If you’re taller than most look for singlets that have a lot more spandex than nylon! I think the singlets at Gruff Pup are super hot and think you guys should check them out! 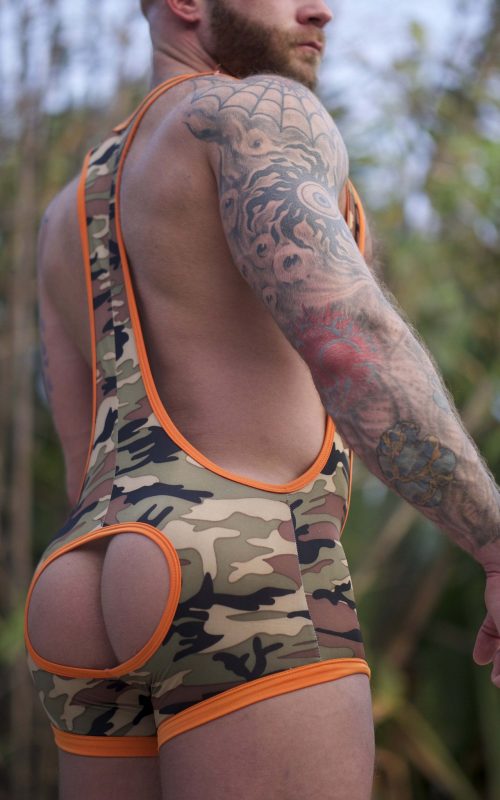