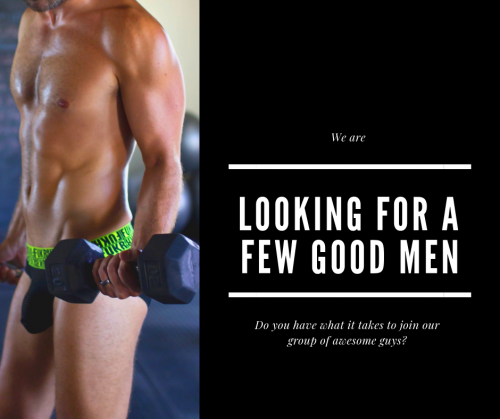 As we enter our 10th year I’m looking at the way we do things and looking for a few good men. Actually some specific good men who love underwear and love to write about their underwear passion. We are looking for a workout guy, college guy, professional (suit & tie) guy and a beefy guy. Regardless of your type we want a guy who’s passionate about underwear, open to try new things, social media savvy, great communicator, and talk underwear with other guys on the site.

We are looking for a guy 18-25 who’s a college student or recent grad. You love underwear but due to your budget you don’t get a lot of pairs. Your wish list is larger than your underwear collection. You want to branch out and share your exploration of underwear as you try new styles and brands.

You are a professional guy that wears a suit to work every day. You take pride in your appearance and think your underwear should match that feeling. You don’t have to be a classic lover but think picking a pair of underwear is as important as picking your time. You want to share your advice for other professional guys

Underwear is for the gym guy and the ones with 32 waist. NOT, underwear is for everyone. Guys of all sizes should be able to get underwear that makes them feel super sexy. Bigger guys are becoming a new norm in the fashion world. Beefy guys have a bit more problems finding undies from design, cut and sizing .

All guys should have the following qualities:

If you are one of these guys and posses the qualities submit your name on the form on this post. We pay in underwear, which is the best payment for an underwear lover on an underwear site. Check your email for our repsonse. We have sent out responses that may get sent to your spam filter. If you don’t hear from us within a week, email us at info at underwearnewsbriefs dot com