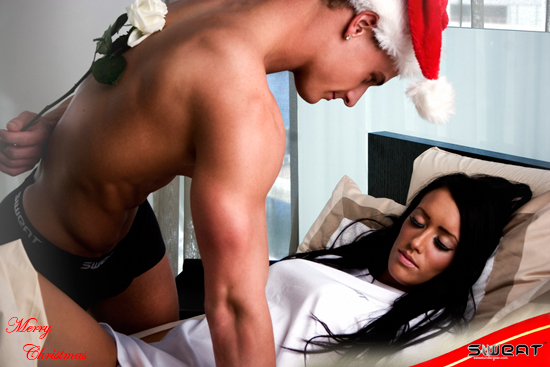 We got this from Sweat Under Gear and thought we’d pass it along!

These past 12 months we had the chance to work with some of the most incredible physique models and photographers in the world. There are too many to thank here, so we thought we would pay homage with this montage that touches on the many hot photographs that were done in 2009.

There are many exciting things happening next year for us. You are the first to know that a new line is scheduled for late winter 2010. We are aiming for a release date of January or early February. As you know we are wanting to make sure everything is just perfect before we unleash it to you.

The line is called Big Roger Underwear by Sweat. We don’t want to give away all the secrets of the line but we can tell you that there is some colour, some small tasteful graphics and of course our signature masculinity will remain in full check. We are very excited about this line and we know you will love it.

2010 will also bring Sweat once again to Puerto Vallarta for what is becoming our yearly photo shoot there. In 2010 we will be bringing you more from the hot hunks of Mega Muscle and NorCalBodz. We are working on the long awaited Sweat workout line. Whew and if that ain’t enough, we are in a movie called My Guaranteed Student Loan releasing January 10 2010.

We look forward to a busy and fun new year.

Sweat Under Gear wishes you and your families a very happy holiday season.

Don’t forget to check out our blog for the 2009 Christmas shots. Sweat Blog