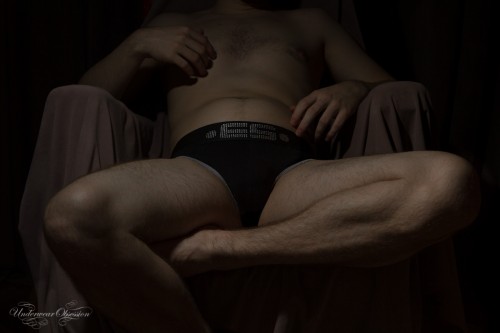 I was 11 or 12 years old when I began to take an interest in men’s underwear. And let’s be honest, for me it was just as much about the men wearing them as it was the underwear itself. Underwear felt like a safe way for me to explore something I wasn’t quite sure of yet.

One particular memory sticks out in my mind though.  While being dragged along with my mother on a “quick” stop to the nearest department store, I was able to slip away to the men’s section.  I don’t think I need to tell you where I immediately wandered over to.   In the midst of tall shelves filled with glossy boxes covered in underwear clad muscle men, I was overwhelmed by the discovery that there were more choices than just boxers or briefs.  Sure I’d heard reference to a thong before but I had assumed they were just for women.  But right there in front of me was a perfectly normal looking man wearing a light–blue cotton Hanes thong.  It was at that moment I realized I knew very little about the span of male sexuality.  I couldn’t help myself.  I needed to know what it felt like to wear something like that.  I knew it would make me feel much more than the basic annoyance of having fabric stuck in my butt cheeks.  Men could be sexy, I had proof right here.  I certainly couldn’t ask my mother to buy them though. In desperation I did what any 11–year–old boy would have done.  I stole them. 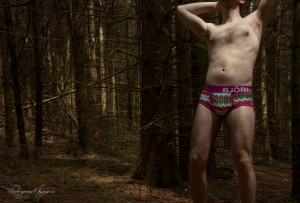 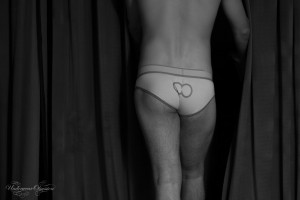 I’ve since started paying for my underwear,  but my interest in them has only grown over the years.  For me, underwear is so tied to my emotional and sexual self that I could make a journal that merely showed which pair I wore each day and still be able to go back in time as if I had written pages of description.  That very idea sparked a broader goal to share my passion (and partly justify the extreme expense of my addiction) by starting Underwear Obsession.  The goal of Underwear Obsession is to show what a normal looking chap (that’s me) really looks like in the latest styles and trends of men’s underwear.  The photos are accompanied by a fun mix of underwear stories, reviews, tips, sales, and even some news.  In just the same way I found that light–blue thong to be so astonishing when I was 11, I’ve found that the community of fellow underwear lovers is larger and more vibrant than I could have imagined.  My only problem now is figuring out where to store all this underwear.  It would be weird to have a dresser filled just with underwear, right?