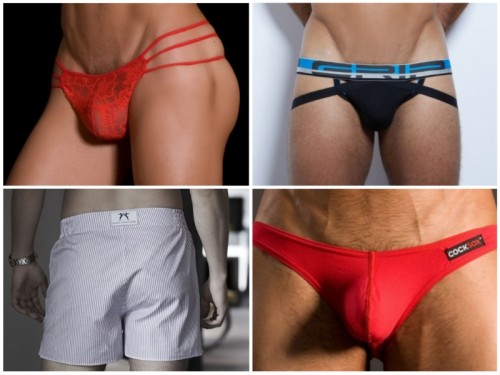 Happy National Underwear Day! Every year FreshPair.com brings us this yearly celebration of all things underwear. Founded on August 5th, 2003 each year they do events to raise awareness of underwear. We fully support this day and hope you will celebrate with us!

This past year FreshPair.com has been focusing on confidence. They launched the Confidence Project, where men and women tell their stories of underwear and confidence. They range from cancer survivors to regular people. It’s great to see this in the underwear arena. This is what we want to focus on today!

Has anyone ever said to you, “Oh you don’t need to wear that?” “Oh that is so out of style” “only (insert gay slut) wear that type of underwear?” “Those just look stupid”  Have these things then affected your underwear purchasing or daily wear?

Having run this blog for almost 5 years I have heard every underwear choice a there is. They include thongs, men’s lace, bikinis, boxers and everything in between. Many guys who read this blog are in the closet with their love of underwear. When I am out at a party and guys find out that I write an underwear blog many will feel safe to confess their love of underwear.  You can see their eyes light up and talk about underwear. It’s like they are confessing a big dark secret for the first time.

We have created UNB as a safe place for guys, both straight and gay, to come together and talk about underwear. Because ALL guys need great underwear. It has been a long-standing mantra here at UNB that underwear should be fun and make you feel great.

You should wear whatever underwear you feel best in and to hell with what anyone else thinks.  How do we go about this? First, we need to not listen to society saying what makes a guy sexy. Underwear is a personal statement about who we are and what we like.  Its up to us to feel sexy and explore that part of ourselves.  So don’t wear underwear that the “general public” thinks you should wear.

Second, we shouldn’t judge anyone else underwear preference. I know many of you out there don’t understand men’s lace underwear. But there are a big group of guys who love this area of underwear. I will admit I have tried lace briefs from MalePower and they fit amazing. Who knew I would like lace? Let’s be open and supportive to every underwear lover. Just because you show support doesn’t mean you have to wear that style.

Third, Don’t let friends/family shame you into wearing something else. My personal favorite is bikinis. I have had friends who find out I wear them go “aren’t they uncomfortable?” “those don’t look good on a guy” and the list goes on. We need to ignore them because they aren’t wearing the underwear we are!  Over the years I have had family members make fun of me and question my underwear love. I felt great in them and ignored their comments. Why wear something we are going to hate to conform to others and when you think about it, are they really going to know what underwear you are wearing?

Fourth, if you feel sexy in it don’t let body issues get in the way. This one I have heard so many times on the blog. I’m too fat/thin, not endowed, my butt is too big/small and the list goes on to wear (insert style).  How many of us are actually underwear models? I bet more then 85% of people who read this blog couldn’t get a job as an underwear model. Remember the models are part of the marketing, all of us aspire to look like the model in our underwear but very few of us actually do.  I used to weight 300 pounds, at 6’4” I was big but not huge. Today I’m down 75 pounds and want to go down 25 more pounds. Even at that size I still wore my bikinis. It made me still feel sexy to wear my beloved bikinis.  Guys on each size of too big or too thin have this issue. My advice is to wear what you love and own it no matter what you think your issue is!

Lastly, lets all not be so shy about sharing your underwear love. Over the last five years more and more guys say they love great underwear. It’s not something taboo being relegated to the back pages of magazines any more. Let’s be confident about our underwear choices and be shamed when others find out about that love. So when a friend comes over and see’s your laundry and says something negative about your undies say “have you ever tried them?” and start a conversation. I have found the more guys that actually try great underwear will keep buying them and change their preferences and underwear drawer. To do this comment on this and other underwear blogs, participate in our social media, email us, and talk to us! We love talking underwear and all you have to do is reach out and we will answer back!

Happy National Underwear Day! Today is the one day we get to celebrate all things underwear. We want to know how you plan on celebrating this day!

If you are in New York City go wear your underwear to the World’s Largest Gathering of People in Underwear.

There are some rules from FreshPair.com:

We encourage you to show your individuality and confidence by wearing your favorite undies, but in order to break the Guinness World Record we all must adhere to the following guidelines.

If you’re like me and can’t go, enjoy some great underwear on the day. Have a great National Underwear Day! 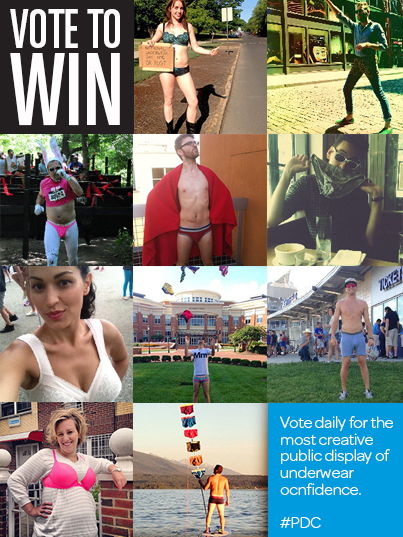 National Underwear Day wants you to vote for the most creative display of underwear confidence. They ran a contest and people submitted their photo. If you go vote for your favorite you can win something as well! We love what they are doing and all of you should go vote. I posted my favorite one today but go vote for anyone you feel is the best one!

National Underwear Day is sponsored by Fresh Pair.com! Today is the day to celebrate your undies and we hope you are wearing some great ones!