The video above is from an Australian company called teamm8. They have been known for their, lack of a better word, provocative ads. They are sexy but not cheesy. This ad is very cutting edge for underwear ads.  This ad got me thinking how amazing it is to see how different countries advertise men’s underwear.

Australia and Europe go a bit more sexy and push the envelope. The prime example of that is AussieBum. They have done awesome 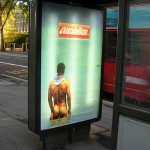 work with video. Many of them you have seen here on UNB. They really aren’t afraid of playing on the sex appeal of underwear. Which when you think about it, we all want to feel sexy in undies, whether we are at the office, hanging at home or running errands.

AussieBum pushed the limits with its famous bus shelter ad. It’s a Life saver in the surf with his suit around his neck. Which means he’s naked and you see his bare butt in the ad. It got a lot of talk last year when it came out, and really got them noticed on the world scene.

Let’s now shift to America. I think for the most part we are still very scared of advertising underwear to the general public. For the general public, until just recently, they never showed the underwear on a person. They either held it up or showed it on a manniquine. Even now the underwear ads focus on people rather then the underwear. The only place where this is not true is in marketing to the gay market. 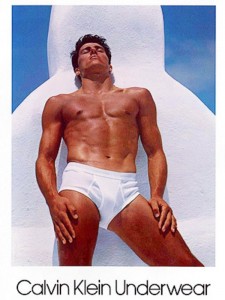 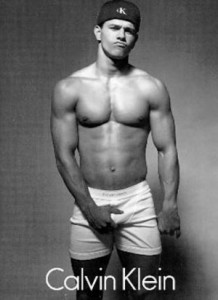 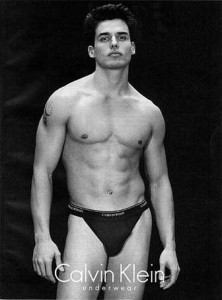 The one company in the States that is pushing the boundaries is Calvin Klein. They started back in the 80’s with advertising that shows the underwear on models. The model was Tom Hintnaus and it caused quite a stir when it was released. This was the first time men’s underwear ads were sexy This ad even made entertainment and news shows. Its funny to think now that an underwear ad would cause such a stir, which by today’s standards is pretty tame. Then they went on and got celebrities and turned a host of unknown models into starts. Some of their models included Marky Mark Wahlberg, Antonio Sabato Jr., and more. 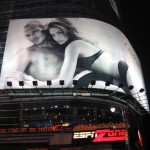 Even today CK is doing some of most edgy main stream advertising in the US. They have done billboards in Times Square in NYC. The picture is one I took back in 2006 in NYC, and being from Atlanta, we would never see pictures such as that here. Outside of LA, Chicago and NYC the rest of the country remains pretty puritanical. If you look at the current videos for the CK X line, they are still pushing the boundaries for underwear in the US. They have done an online video campaign that was really well done.

Underwear advertising in the States still has a long way to come from the rest of the world. I think we are moving in the right direction, but still have a way to go. I have a few questions for you guys, and feel free to answer here or on the facebook page:

I look forward to hearing some answers.