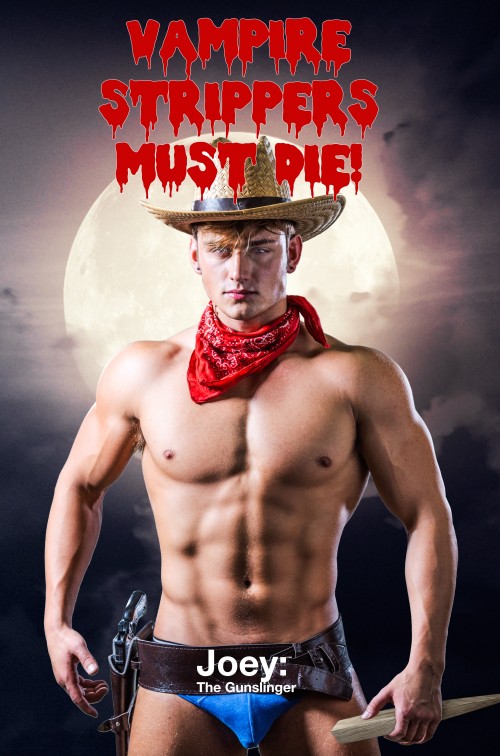 We continue to bring you more about Vampire Strippers Must Die! This time we have an interview with Brant Wood, one of the stars of the film. We will have one more interview soon!

Vampire Strippers Must Die the preview looks like a super fun movie. What made you do this fun film?

I’ve always loved dancing, and I’ve been a fan of vampire shows and always thought it would be fun to play one. So I figured what better opportunity to put my dance skills to use while getting to be a vampire. It sounded like a fun experience that I couldn’t pass up.

It’s been said it’s a Mix of Magic Mike meets Buffy the Vampire Slayer. Can you tell us about the movie?

I would definitely say that is a great way to explain it. You get the sex appeal from the stripping and dancing of course, but you also get the sexy dark side from the strippers being vampires. It adds a little bit of mystery to the characters. The combination is very sexy and makes you want to get to know the characters as they develop from scene to scene, and there is a lot of comedy as well.

What can you tell us of the Overnight Male Dance Troupe, and what we can expect from them?

You can expect a lot of great dance moves, witty remarks, and a few surprises.

What was it that made you take the role in the movie?

I wanted to be able to say that I’ve been a stripper and a vampire of course. I don’t think very many people can say they have been either.

Did your previous modeling experience help you get this role?

I would probably say yes. I have been able to express my personality and confidence in my past experiences, which is something that is portrayed strongly in my character Joey.

Can you tell us about your character in the movie?

I play Cowboy Joey. He is Canadian and all the ladies love him. He’s the best dancer and leaves everyone wanting more.

Do you have any hesitation being in underwear on the big screen as opposed to pictures?

I’m a very confident person. I’ve never been one to be shy or hesitant in my underwear. I’ve gotten so used to it while modeling. I think everything looks better on the big screen. 😉

If you want to support the film go to their Indiegogo page and donate some money! We think this will be a super fun film.