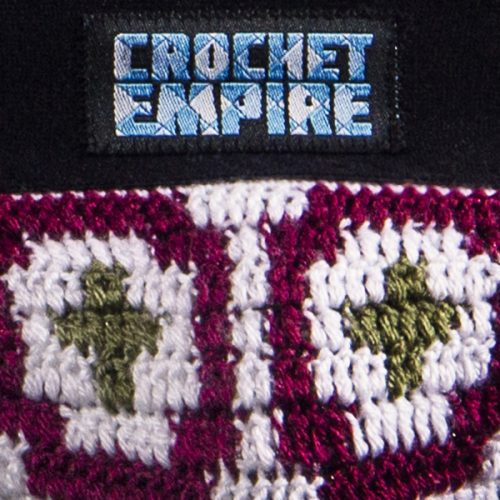 We got a chance to talk to the Emperor of Crochet Empire, Andy! We talked to him about the new collection. We hope you will check it out

I think people really like that the designs are customizable and they’re just so comfortable. There’s a lot of presumption that the pouches will be scratchy, but they’re extremely soft and comfortable.

Now we are moving on to Crochet Empire 2.0, what can you tell us about the new collection? What sets it apart from the first collection?

The only structural change is in the leg straps. I received some feedback that they were a little long, so I’ve made them a little more snug.

The other changes is an organized line with designs that fit into a group. All jocks are made with the same yarn, no matter who made it. There are 7 new sexy designs will be quite sharp.

Did you have an inspiration for the new collection? What was it?

A long time ago I found several patterns I loved, and am just takin advantage of being in charge to finally make them.

Do you have big plans for the launch of the new collection? If so what do you plan on doing?

Hm. No. Just a social media campaign. I probably should have done something. Oops.

The jocks are all hand made, how long does it take to make a jock? Does this affect availability of pairs?

These jocks are probably all 4-6 hours of crocheting. There’s a lot of design in each one and the yarn changes often. That’s what makes them take longer.

You Jocks have been seen on Seth F and Jack Mackenroth, who would you like to see in your jock?

Oh, there are so many guys who would be amazing. Jonathan Toews, Jake Arrieta, Chris Evans and so many more.

When will the new collection be released?