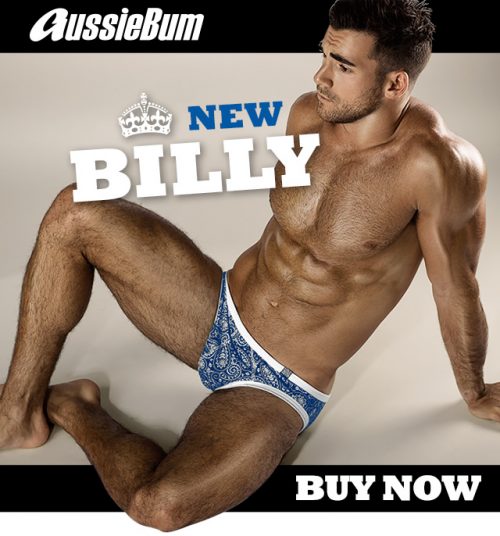 The Billy line from aussieBum has become a staple of the brand. Since the release of the first pair, the Billy has been known for really fun prints. Now the range comes in Eternity and Skulls. These definitely live up to the past pairs of the style. Remember the 80’s inspired prints?

The Eternity line is a bandana print. Meaning it looks like a classic bandana. At least that’s the way I see it. You could say it is sort of a paisley print as well. It’s one type of print that is rarely used in underwear. We see it pop up every now and then. aussieBum really put their spin on it and it came out great! Colors are Black, Navy, Ice and red.

If you aren’t a fan of the Eternity maybe the Skulls is for you. It’s not as morbid as you might think. Skulls in underwear can be very hit or miss for me. The ones I tend to like are the Day of the Dead inspired ones. These are more traditional but not too creepy. I would say it takes a certain kind of guy to pull these off! Colors are Blue, Black, Aqua and Red

The pairs retail $13.50 for the brief and $14.25 for the hipster. Also you can find the Billy in other colors and prints on the aussieBum site. Now go shop for some awesome undies from down under! Also be sure to check out the new swim ranges!