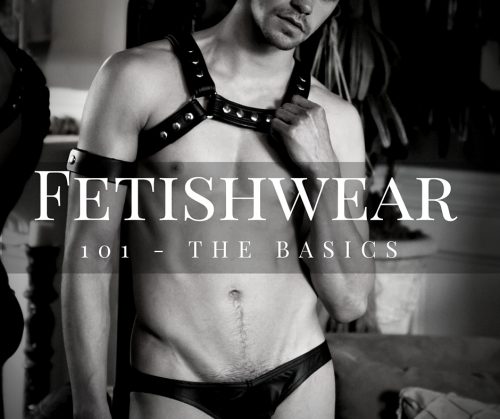 If you’re new to underwear and want to branch out and try a few new things. Where do you go? What should you get? Should you dive right in or get your feet wet first. It all depends on what the fetishwear is about. We divided it up into Spandex, Lingerie, Leather/harness, latex/rubber, Mesh and the list goes on from there. BTW you guys mentioned mesh in our survey results.

Let’s talk about the fetish types that is easier to get. This doesn’t mean can you order them but rather the cost. Some pairs of fetishwear can be a few hundred dollars for a pair. The three of the easiest are spandex, mesh and Lingerie.

Mesh is something you guys pointed out in the survey. Mesh is pretty diverse in the men’s underwear world. You can get pairs that show off everything or just a hint of skin and naughtiness. Since we started UNB 8 years ago, mesh has really evolved. Where it was just something to wear to get laid. Now you have pairs that are meant to be worn to work our out on the town. New technologies have made mesh a more comfortable fabric. It used to be there wasn’t much give in the fabric and the construction always had a seam down the pouch that rubbed you the wrong way. Mesh has branched out of underwear and now can be found in pants, shorts, shirts/tanks and more. However, the underwear seems to be the favorite of you guys. The companies doing some great mesh are Gregg Homme, Bum Chums, and N2N Bodywear.

Lingerie is one of the most controversial areas of men’s underwear. We aren’t talking about guys wearing women’s underwear. We are talking about lace and satin underwear designed for men. Many guys out there don’t like it at all, but there are those who can’t get enough of the mixing of masculine and feminine. Some of the pairs do resemble women’s underwear. I have seen some recently that are designed to look like a garter belt. Other time its regular men’s underwear just made out of lace. This is rising in popularity and more and more guys are giving it a try. I have tried lace and I actually don’t mind it. Brands that sell men’s lingerie are MaleBasics, BodyAware, PetitQ, Candyman and Male Power.

Let’s talk about the other two real quick. Leather and Rubber/Latex

Leather is growing in popularity in the general population. It used to be relegated to gay bars. Now it’s becoming for everyone who wants to walk on the wild side. Harnesses have become one of the biggest new accessories in the world of underwear. Most of the affordable pieces are made out of a mix of leather and another material. If you want solid leather its best to have it custom made for you. This is some of the most expensive gear you will buy. If you’re at the point where you are getting custom gear made. You love the gear! And, you want something to last. Over the years I have had several pieces made and they have always held up. Its definitely worth the price. If however you want to find leather pieces “off the shelf.” The best places are Nasty Pig, Mr. S Leather to name a few.

Rubber and Latex is the last. We are including neoprene in this as well. Some may argue it deserve a category of it’s on. We won’t deny that argument, but for the sake of this post it will be included. Off the shelf there aren’t too many brands making rubber. There are plenty making rubber looking fabric. Rubber and latex has to be cared for specifically or it will be ruined. More brands are turning to Neoprene. It’s easier to work with and care for over time. I have talked to friends who are really into this and you can easily rip or tear the garment, while putting it on or taking it off. This is not my area of specialty. I have tried everything we have listed in this post except rubber/latex. If you are interested I would suggest finding someone who owns it and tlak to them. To get your feet wet give some neoprene pieces some try. Many of the new harnesses are being made from the neoprene. The current brands making neoprene are Cellblock 13 and Slick It Up!

This is just a primer for you guys wanting to branch out and walk on the wild side. There are a lot more companies making great gear. It will depend on what you discover you love. Once you find something you like, you’ll be able to find other fun brands. Good luck and have fun!