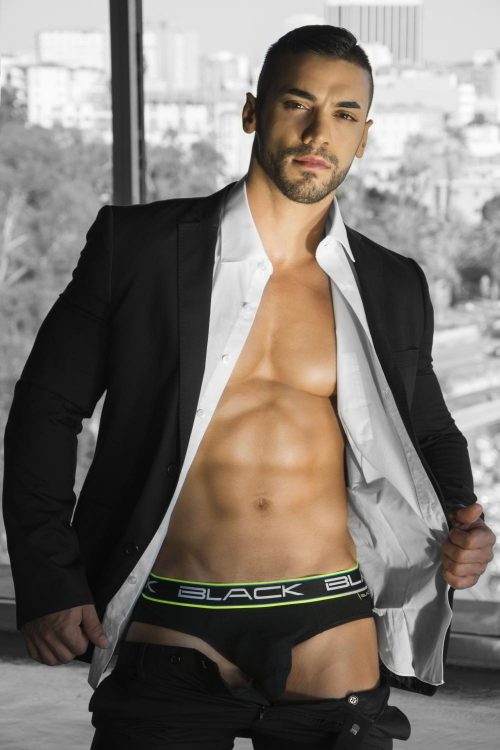 I was talking to a friend this week and he told me that he wears boring underwear to work but fun stuff on weekends. This made me go “HUH?” This friend is not one that has to change at work or be in a position to have his coworkers see his choice of underwear. I inquired why he did this, he informed me that he wanted to focus on work and not undies.

This made me inquire more about that statement. He continued to say that he gets distracted when he wore “sexy” undie to work. This guy is a suit and tie junior executive type. I think it’s the feeling of being naughty. If he wore a thong he would feel the suit pants against his skin in the back. I asked what he wore, he said usually black trunks were his undies of choice to work.

This got me thinking, do we have readers who do this? I know we have a ton of guys that love to wear thongs, bikinis and even lace to work. They really want to be comfortable and it’s not a thought about what to wear. We even have guys on our staff that wear thongs to work on a regular basis.

There are is a subset of guys who view underwear as sexual. More so than most of us. To them, the underwear represents having a good time and getting ready to get buy. That they associate underwear with sex. There is nothing wrong with that at all. All of us want to wear something that makes us feel amazing before that special night. This is how my love of underwear started. Over the years it just became part of who I am

Over the years it just became part of who I am. I love to incorporate the love of undies in with my special times. But I don’t fully associate them with sex anymore. We have a really cool Brief Talk coming up where we discuss this topic amongst gay and straight guys. Be on the look out for it in August.

What is your underwear of choice for work and why?