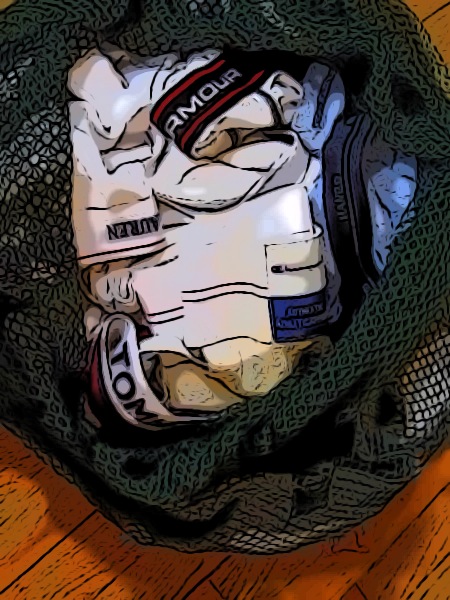 We have always had the gym factor when it comes to underwear. Meaning some guys will pick out a pair of undies that is more conservative because  they are going to the gym that day. We have other guys who are just the opposite they don’t care what they wear to the gym. Its no ta factor in what he will wear for the day. So it got me thinking about the different kinds of guys at the gym. Here are a few that you may have seen or you maybe one!

Classical Guy– This guy is all about classical underwear at the gym. It’s white/black/grey only and in a brief (tighty whitey cut) or a boxer brief. He’s not about to wear something bright and colorful to the gym or not a bikini, jock or thong. he is a more conservative guy and it shows in his undies. Styles he wears: Briefs and Boxer Briefs

Colorful Guy – This guy is all about color. He’s not afraid to buy any color in the rainbow and wear it to the gym. Well he may not wear pink, but you never know. The styles maybe more classic but he’s all about color. He uses the colors to show off his personality. Styles He wears: Briefs and Boxer Briefs

Functional – This guy is all about function in the gym. Meaning his underwear is all about working out. He could be in Under Armour, a bike jock or other sports underwear. He’s more concerned about getting support and than being super stylish at the gym. Compression shorts with leg support is more of a factor than color or style. Styles He Wears: Compression Shorts, Moisture wicking pairs and maybe a Jock

Stylish – This guy is all about the style. He will come in the gym wearing the latest and greatest brands. And every day you will see him in a different brand or style. Rarely you will see him in the same pair twice. His taste can run from Andrew Chrsitian, Diesel, CK for the known brands. He could also wear brands like James Tudor, Curb Wear and any other new brand on the market. He wants undies people don’t have and is not afraid to show them! Styles He Wears: Anything from Bikini to Boxer Brief

Show Off – This guy loves to show off in anything small. He’s about showing off in skimpy bikinis, thongs and anything else that will watch someones eye. It’s all about daring to wear something very few guys will wear. They get at thrill out of wearing super skimpy stuff and will usually walk around the locker room in it so everyone can see their underwear. Styles he wears: thongs, fashion jocks, bikinis rarely anything longer

Which guy are you? Let us know I think at some point I have been all these guys. Yes I have worn a thong in a locker room before, but I was much younger. Now i would say I”m prob the Stylish guy, I wear what I want and don’t care what guys think.