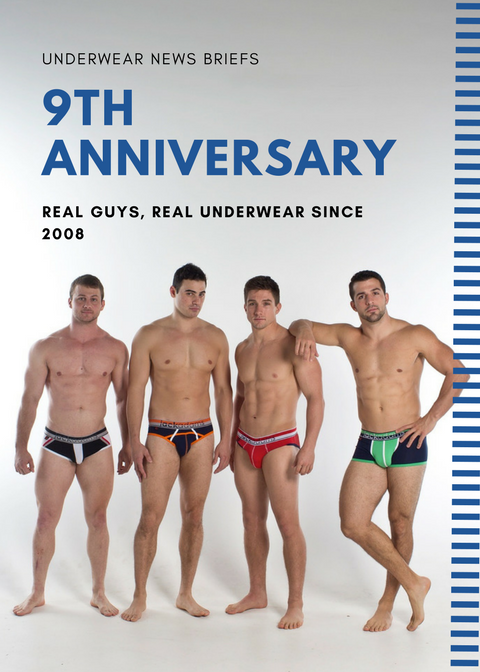 UNB is 9 Today! It’s been a roller coaster ride over the past nine years. There have been ups and downs, like most things in life. But, I tend to remember the good things that have happened. UNB was formed a little before now, but it wasn’t UNB. I had a personal blog that I posted underwear stuff on. Then on October 5th, 2008 I registered the domain! And the rest is history!

Here are some things that have been the highlights of UNB

Thanks to everyone who has contributed to UNB. This includes brands, retailers, staff, readers and the loved ones who always humor our underwear love! Here’s to 9 more years.