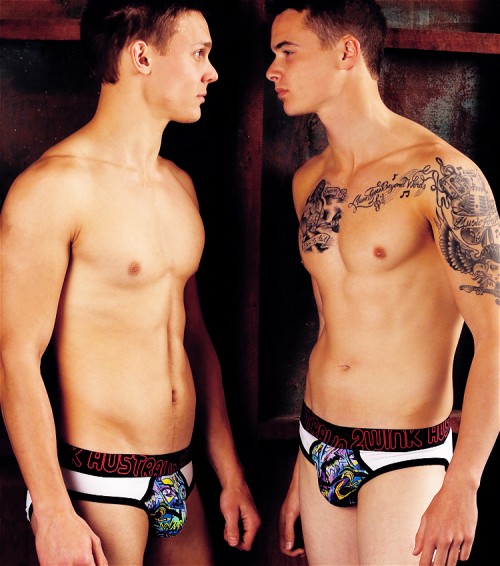 Are you a fan of Jockbriefs? If you are 2wink has released the new Graffiti Xtremen Freedom Jock. They have been on a big graffiti print this last year and the last time we posted about them was the Graffiti Xtremen swim brief. There is a trend right now in men’s underwear to have matching underwear and swimwear. We aren’t talking about a literally making the pairs look a like but have the similar patterns and designs.

2wink enters this trend as well. I like this trend. There is something about wearing a favorite pair of swimwear that you can then wear under your clothes after ad ay at the beach. The Graffiti print is one that has garnered 2wink a lot of attention so it’s only natural that they would bring this to underwear.

This pair is not like the swim brief. The pouch has the graffiti print and the sides and back are white. The pair is trimmed in black and topped with a the 2wink Australia waistband that is black with red writing. It’s not a pair that you would probably wear to the gym (well some of you would) but would make a great night out pair. 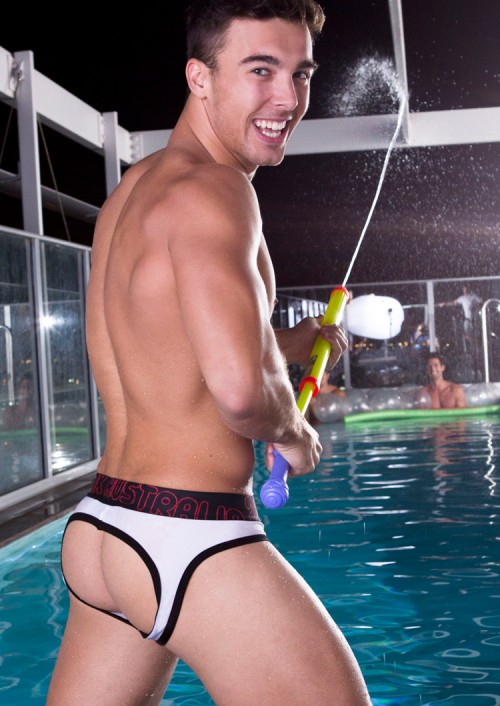 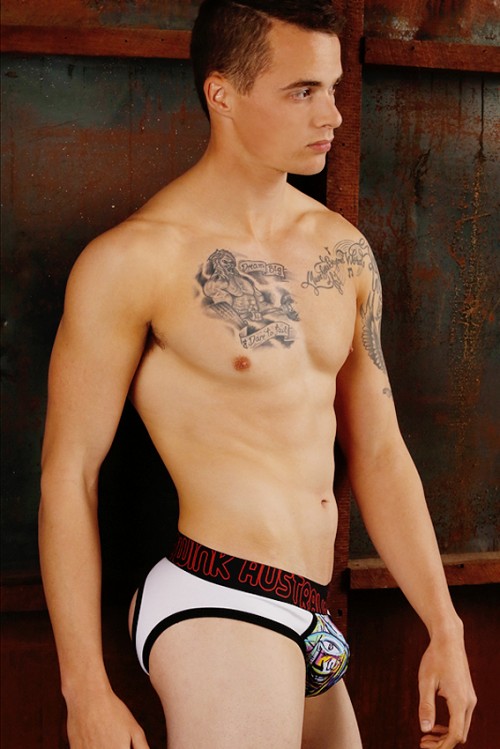 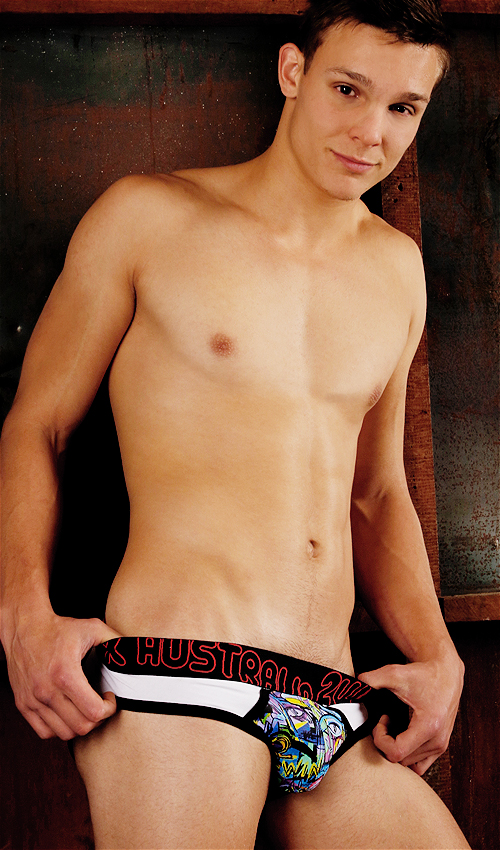